You are here: Home / Archives for Women Lawyer Firsts

Dawn Clark Netsch, the first woman to be nominated by a major political party to run for governor of Illinois, died on March 5.  She graduated first in her class at Northwestern in 1952, at a time when women law students were few and far between.  She began teaching law at Northwestern in 1965 at a time when there were very few women law professors nationally.  For more on the life of Dawn Clark Netsch, click here.

Retired Chief Justice of the Illinois State Supreme Court Mary Ann McMorrow has died. A true trailblazer for women in the law, she was generous in mentoring others. Click here for the Chicago Tribune story.

On February 1,  Bernette Johnson, was sworn in as Louisiana’s First Black Chief Justice.  A public ceremony will be held later this month.  For more details, click here. 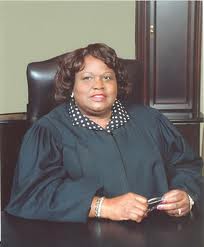 The State of Washington makes history with a female chief justice and a female majority.