You are here: Home / Archives for Diane Rynerson

Orly Lobel’s latest publication will be released on October 18. Here’s her description:

I am excited to share with you the news about my book The Equality Machine: Harnessing Digital Technology for a Brighter, More Inclusive Future (PublicAffairs 2022). The Equality Machine is a cautiously optimistic response to the current “techlash” and fears of AI, automation, and datafication. I envision a more balanced path forward, one where we redirect digital technology for good. Much has been written about the challenges tech presents to equality and democracy. I argue that while we cannot stop technological development, we can steer its course according to our most fundamental values. Already, digital technology frequently has a comparative advantage over humans in detecting discrimination, correcting historical exclusions, subverting long-standing stereotypes, and addressing the world’s thorniest problems: climate, poverty, injustice, literacy, accessibility, speech, health, and safety. The book offers vivid examples, new research, and interviews and stories of leaders from academia, policy, and industry—from labor markets to dating markets-that inspire to have skin in the tech game and restore human agency in a rapidly evolving artificial reality. Kirkus just reviewed the book calling it a compelling, hopeful, enthusiastic yet measured argument for technology’s potential to promote equality across many facets of culture and industry. I am also very grateful for the advance praise by Larry Lessig, Martha Minow, Jonathan Zittrain, Adam Grant, Angela Duckworth, Dan Ariely, Gillian Hadfield, Frank Pasquale, Kate Darling, Jonah Berger, and Dan Pink.

You can order the book here or here in print, Kindle or Audible or anywhere you get your books.

For those who could not attend the April 6 program of the National Conference of Bar Presidents “21st Century Lawyers: Women Bar Leaders Forum,” you may now click here to view a recording of the program.  To learn more about the program and the speakers, including our own NCWBA president, Shiloh Theberge, click here.

Our annual Women’s Bar Leadership Summit will be held in Chicago August 4 and 5, 2022.

The theme for this year’s Summit is “Reconnecting for Excellence” and our programming is designed to motivate women in leadership positions and connect them to the tools necessary for success!

Keynoting the event is Helen Wan, Attorney, DEI Consultant, and Author of The Partner Track which is currently being produced by Netflix! Ms. Wan realized the importance and need for a realistic account of a woman of color’s perspective of “trying to figure it all out.” She will share her knowledge and help us all Connect the Dots for Success!

In addition to Ms. Wan’s keynote address, the 2022 Summit will feature a GOOD Guys program (www.goodguysinlaw.org), programming on recruiting members, engaging membership and maximizing their potential, leadership tips, networking opportunities, and ways for member organizations to use the support that NCWBA provides.

See you in Chicago!

We are pleased to welcome our new executive director, Christina Simpson! Christina is admitted to practice in New York and Massachusetts. Her current legal practice emphasizes small business and branding. She is an active member of the Women’s Bar Association of Massachusetts, where she co-chairs the Women of Color Committee.  She is a graduate of Brooklyn Law School and received her undergraduate degree at Boston College. 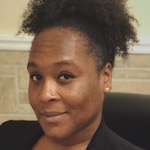 Long-time executive director Diane Rynerson will be retiring in 2019 which means we are now eager to identify the next executive director who will help us to grow and strengthen the organization in years to come. The position is part time, with flexible hours. Applications are currently being reviewed.

The Outstanding Advocate is awarded to an attorney who has gone above and beyond to fight for the rights of women and minority groups, and the people of the Commonwealth, and as such, has embodied the WBA’s mission in their advocacy.

AG Healey began serving as Massachusetts Attorney General in January 2015, after winning an historic victory in her first-ever run for office.  Prior to her election, AG Healey helped lead the Attorney General’s Office as Chief of the Civil Rights Division and went on to become chief of the office’s Public Protection and Business & Labor Bureaus.

Since her election as Attorney General, she has focused on expanding economic opportunity by addressing rising energy and health care costs, tackling student loan debt, and ensuring fair treatment for workers and a level playing field for businesses. AG Healey has also gained national prominence for her leadership in combatting the state’s opioid epidemic, including expanding substance use prevention training for young people.

AG Healey has spent years leading the People’s Law Firm in the fight for fairness and equality, and expanding opportunities for women, vulnerable communities, and working families across Massachusetts.  Most recently, AG Healey’s office issued new guidance with resources for employers as they prepare for the updated Massachusetts Equal Pay Act to go into effect this summer, providing greater clarity as to what constitutes gender-based wage discrimination, adding new protections for workers, and incentivizing employers to address gender-based pay disparities and achieve pay equity.

AG Healey has long been recognized as a leader by the Women’s Bar Association.  She was a member of the Charter Class of the Women’s Leadership Initiative in 2009, where she was selected as an up and coming woman lawyer expected to achieve great things in her career.  There is no doubt that she has served as a role model for the many lawyers in the organization who have since participated in the program and followed in her footsteps in making the Commonwealth safer and more just.

About the Women’s Bar Association of Massachusetts

Founded in 1978 by a group of activist women lawyers, the Women’s Bar Association boasts a vast membership of accomplished women lawyers, judges, and law students across Massachusetts.  The WBA is committed to the full and equal participation of women in the legal profession and in a just society.  The WBA works to achieve this mission through committees and taskforces and by developing and promoting a legislative agenda to address society’s most critical social and legal issues.  Other WBA activities include drafting amicus briefs, studying employment issues affecting women, encouraging women to enter the judiciary, recognizing the achievement of women in the law, and providing pro bono services to women in need through supporting its charitable sister organization, the Women’s Bar Foundation.  For more information, visit www.womensbar.org.